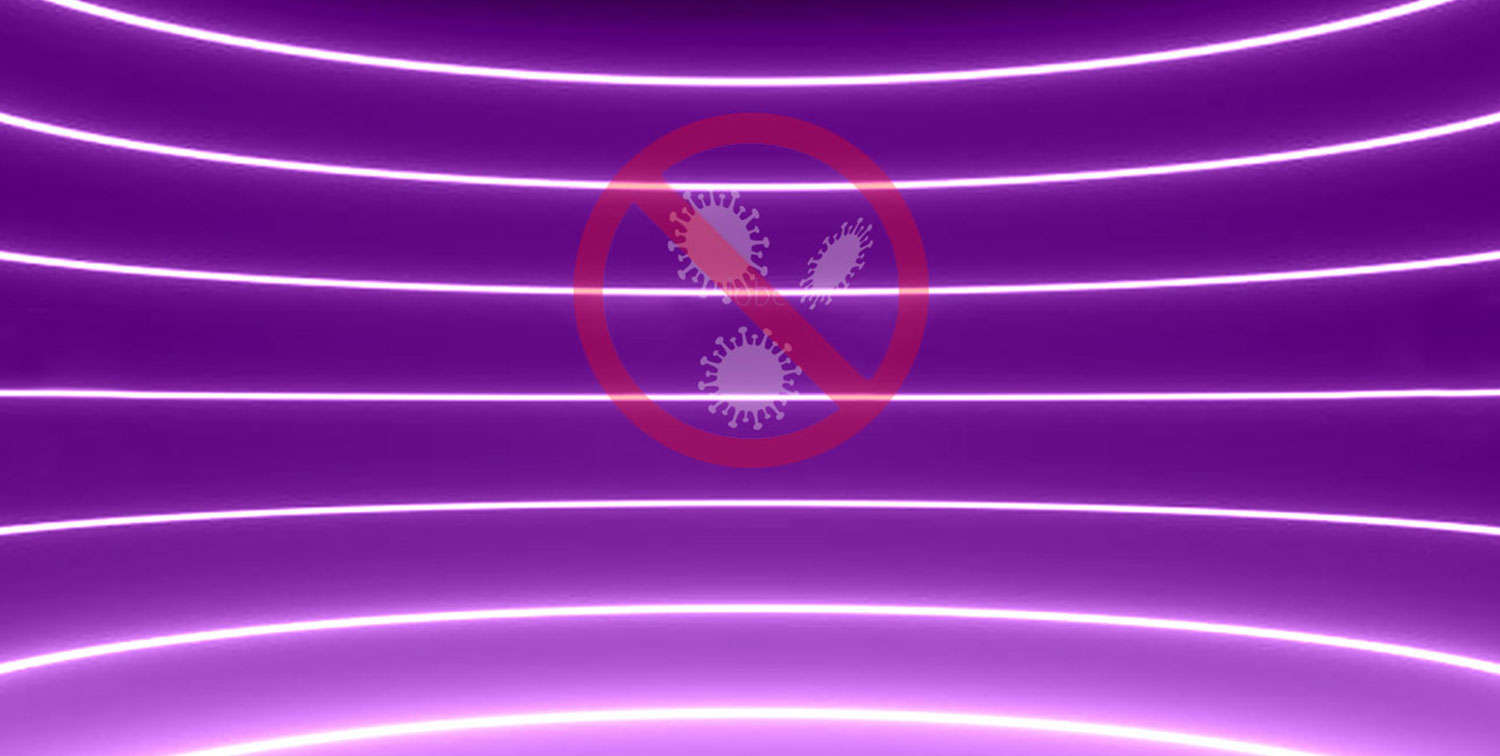 Ledco UVC rays LED bars are a valid sanitization and disinfection method for surfaces and environments, sanitization is carried out through the germicidal ultraviolet radiation process (UVGI) this is a method that uses UVC ultraviolet light with wavelengths included in the band between 280 and 100 nanometers, guaranteeing total germicidal and sterilizing efficacy.

The UVC LED Bars are suitable for sanitizing and disinfecting any surface and environment, the power of UVC rays sterilizes from all types of micro-organisms, such as bacteria, viruses, spores and protozoa, which cause various diseases transmitted to humans and animals, including COVID-19.

It is mandatory to use the UVC LED Bars when the rooms are empty, without the presence of people or animals, imagine when leaving the office or shop, you will turn off the normal lights to turn on the germicidal UVC LED Bars.
You can choose UVC LED bars that act with sanitizing and disinfecting a specific limited area, think of a desk or workbench, or use larger LED bars that act on a large space, such as an entire room.

Ledco UVC LED Bars are a custom product, it is possible to customize the profile and length of the bar.

But what are germicidal UVC LEDs?

Germicidal ultraviolet radiation (UVGI – Ultraviolet Germicidal Irradiation) is a sterilization method that uses ultraviolet (UV) light with wavelengths included in the UV-C band (between 280 and 100 nanometers).

UVC rays are not tolerated by living beings, at the beginning of the last century the first experiments highlighted the antibacterial capacity of UVC ultraviolet rays.
Sufficient absorption of UVC rays by micro-organisms causes a destruction by photochemical reaction of the bonds of DNA and RNA, causing the death of the bacterial cell. 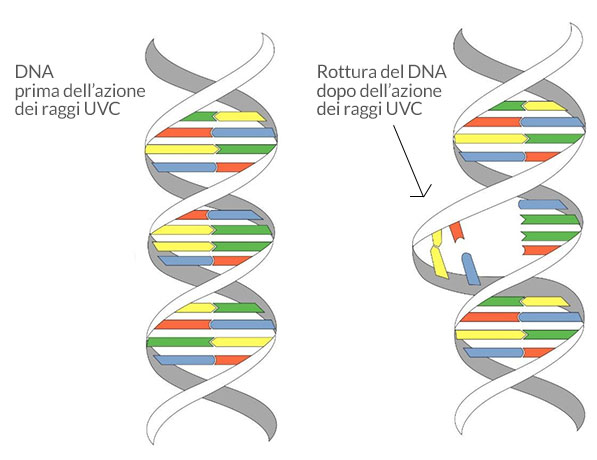 The wavelength of UVC rays that cause this sterilizing and antibacterial effect is harmful to humans, in fact our earth’s atmosphere blocks this type of UV rays.

Thanks to these discoveries, Ledco UVC rays LED bars are born, with an antibacterial germicidal effect.
These types of LEDs are already used in various sectors, some hospitals use UVGI sanitization to sterilize and sanitize environments using a pioneering machine with UVC lamps to sanitize hospital rooms in just 5 minutes.

Several hundred bacteria and viruses tested to date over the years, including coronaviruses, respond to UVC disinfection. UVC light kills at least two other close relatives of the COVID-19 virus: SARSCoV-1 (cause of SARS) and MERS-CoV (cause of Middle Eastern Respiratory Syndrome).

Where can UVC LED Bars be used?

Ledco UVC LED bars are suitable for sanitizing various environments, it is possible to apply them in small spaces, such as drawers, furniture, wardrobes, dressing rooms, or in entire rooms.

Here are some application examples:

BEAUTY AND HAIRDRESSING SALONS: to sterilize work surfaces and tools, such as for hairdressers;

CLOTHES AND ACCESSORIES STORES: to sterilize environments and garments, apply the UVC LED Bars in a dressing room used for sterilization, after each test by a customer, the clothing will be sterilized in the appropriate dressing room;

HOUSES: to sterilize shoes and clothes, we can insert the UVC LED Bars in the shoe rack or wardrobe, or to sterilize objects such as mobile phones or keys, we will insert the LED bars in a cabinet used for sterilization.

These are just some application examples of UVC LED Bars. Contact us for more information, we will study together the solution that best suits your needs.

How are UVC LED Bars used?

As previously specified, UVC rays are not tolerated by living beings, in fact their germicidal action depends precisely on the aggression on the cells of the organisms, which is why the UVC LED bars must not be operated in the presence of people or animals. We have devices for switching on the LED bars remotely or via sensors.

For example, let’s think of a room that we want to sanitize in which the UVC LED Bars are applied to the ceiling at a distance of 2-3 meters from the surfaces concerned, it will be necessary to leave the UVC LED Bars in action for 3-4 hours for a total germicidal action.
If, on the other hand, we imagine using a UVC LED bar inside a wardrobe or a drawer or a dressing room where we place the bar at a distance of 1 meter from the affected surface, in 20 minutes we will have a total sanitization and disinfection with germicidal action.

The UVC LED Bars collaborate in the sanitization of surfaces but do not replace the hygiene and social distancing rules provided for by the anti COVID-19 decrees.

In summary, here are the main features of the UVC LED Bars for sanitizing surfaces and environments: 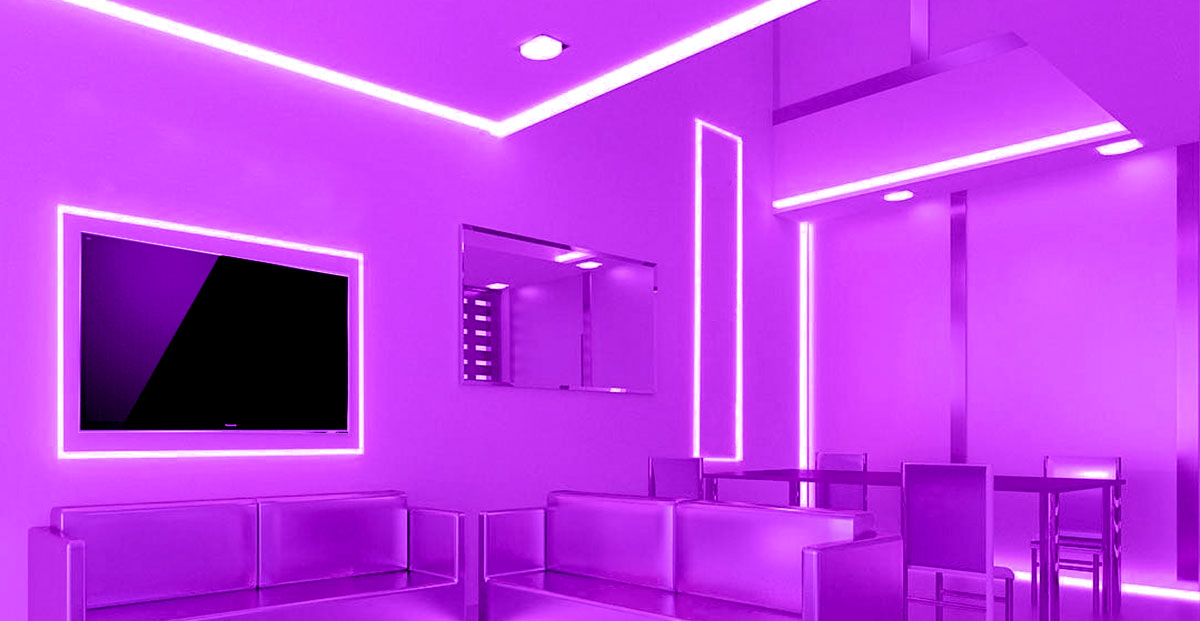